Most of us know what it’s like to stay in a job or a relationship after it’s stopped being satisfying, or to take on a project that’s too big and be reluctant to admit it. CEOs have been known to allocate manpower and money to projects long after it becomes clear that they are failing. Think of JP Morgan’s “London Whale” Bruno Iksil, who doubled down on a losing bet rather than admit his losses and ultimately cost the bank over six billion dollars. Similarly there was John Edwards, who couldn’t bring himself to end his losing bid for the presidency even after his mistress became pregnant.

The costs to a person who does not know when to quit can be enormous. In economics it’s known as sunk cost fallacy, though the costs are more than financial. While we recognize the fallacy almost immediately in others, it’s harder to see in ourselves. Why?

Once you’ve realized that you probably won’t succeed, or that you are unhappy with the results, it shouldn’t matter how much time and effort you’ve already put into something. If your job or your boyfriend have taken up some of the best years of your life, it doesn’t make sense to let them use up the years you’ve got left. An ugly living room is an ugly living room, no matter how much money you spent making it so. As studies by behavioral economists like Daniel Kahnemen and Dan Ariely show, people are generally loss-averse. Putting in a lot, only to end up with nothing to show for it, is just too awful for most of us to seriously consider. The problem is one of focus. We worry far too much about what we’ll lose if we just move on, instead of focusing on the costs of not moving on: more wasted time and effort, more unhappiness, and more missed opportunities.

In one of their studies, Molden and Hui put participants into either a promotion or prevention focus (by asking them to write about their goals in terms of either gains or losses, respectively). Next, each participant was told to imagine that he or she was CEO of an aviation company that had committed $10 million to developing a plane that can’t be detected by radar. With the project near completion and $9 million already spent, a rival company announces the availability of their own radar-blank plane, which is both superior in performance and lower in cost. The question put to CEOs was simple: do you invest the remaining $1 million and finish your company’s (inferior, more expensive, and of course less marketable) plane, or cut your losses and move on? Molden and Hui found that participants with a prevention focus stayed the course and invested the remaining $1 million roughly 80 percent of the time. The odds of making that mistake were significantly reduced by adopting a promotion focus: Those people invested the remaining $1 million less than 60 percent of the time.

There are several powerful, largely unconscious psychological forces at work. We may throw good money after bad or waste time in a dead-end relationship because we haven’t come up with an alternative; or because we don’t want to admit to our friends and family, or to ourselves, that we were wrong. But the most likely culprit is this innate, overwhelming aversion to sunk costs.

Sunk costs are the investments that you’ve put into something that you can’t get back out. They are the years you spent training for a profession you hate, or waiting for your commitment-phobic boyfriend to propose. They are the thousands of dollars you spent on redecorating your living room, only to find that you hate living in it.

Recent research by Northwestern University psychologists Daniel Molden and Chin Ming Hui demonstrates an effective way to be sure you are making the best decisions when things go awry: focus on what you have to gain by moving on, rather than what you have to lose. When people think about goals in terms of potential gain, that’s a “promotion focus,” which makes them more comfortable making mistakes and accepting losses. When people adopt a “prevention focus,” they think about goals in terms of what they could lose if they don’t succeed, so they become more sensitive to sunk costs. This is the focus people usually adopt, if unconsciously, when deciding whether or not to walk away. It usually tells us not to walk away, even when we should.

When we see our goals in terms of what we can gain, rather than what we might lose, we are more likely to see a doomed endeavor for what it is. 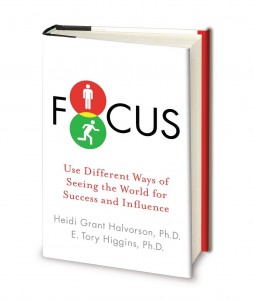